A Glimpse At The World’s Religion

As missionaries, it is important that we have an understanding of what the world believes.  We need to be able to momentarily pick up the lenses through which believers of Islam, Buddhists, Hindus, Atheists, Agnostics, or any other religion, view our world.  Being able to see where an individual is coming from, no matter their background or beliefs, and to be able to meet them where they are and speak in terms that they can fully understand or relate to, is crucial to our ability to effectively share the Gospel and see the Great Commission completed.  We should respect and love those whose beliefs are different from ours enough to want to learn, to desire to understand, and to put forth the effort it takes to have a general grasp of their worldview, even when they differ from our own.

Here is a brief look at five of the most influential religions in our world today: 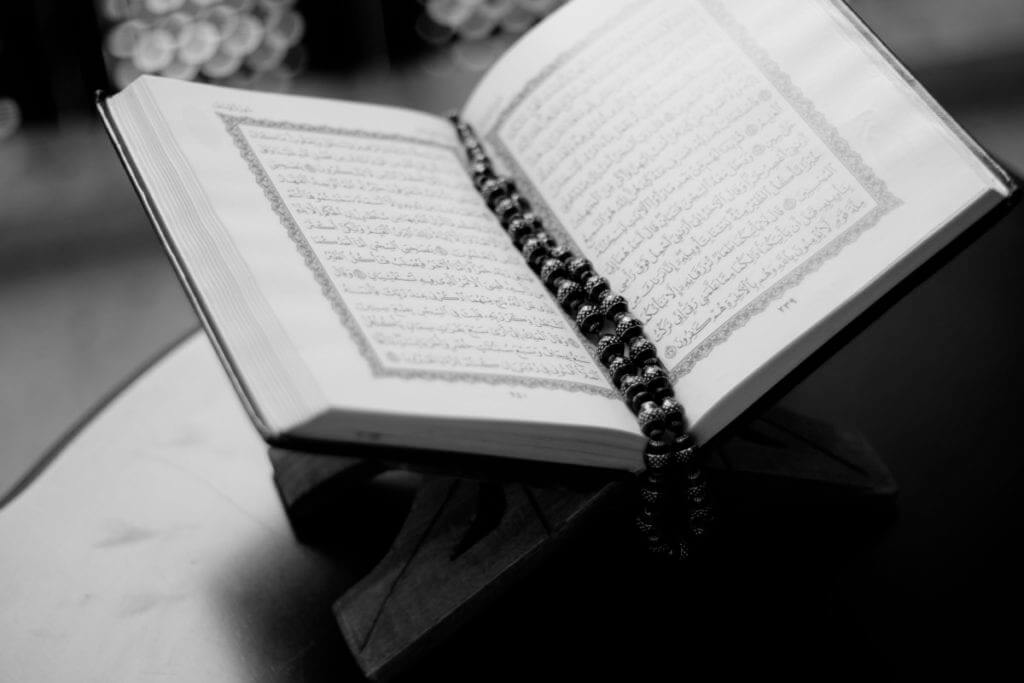 The word Islam, which is typically translated as “surrender or submission to God or the will of God“, is derived from the Arabic word SALEM, meaning, “peace”.  The Islamic worldview is founded on their beliefs in Allah (their idea of God), Mohammad (the greatest and most powerful prophet of Allah), and the Qur’an (the inspired word of Allah, as delivered to the common people through the prophet Mohammad).  A follower of Islam, or a “Muslim“, is very literally referred to as “one who submits“.  In order to become a Muslim, one must say a prayer of dedication and abide by the Five Pillars of Islam, which include a confession of faith, a daily ritual of prayer, obligatory alms (similar to a tithe), the annual fast of Ramadan, and a pilgrimage to Mecca (their Holy Place) within their lifetime.

Although some of Islam’s beliefs would seem to mirror that of Christianity, there are several very significant differences between the two.  Muslims do believe that there is one God (Allah) and no other, and they believe that Allah has spoken to his people through a series of books written by his prophets.  They do not, however, believe that Jesus is the Son of God, but rather that he is one of the most powerful of Allah’s prophets, second only to Mohammad.  Because they do not see Jesus as the Savior who died for their sins so that they might live eternally with God, Muslims have no assurance of salvation within their religion.  One of the core beliefs of Islam is that there is an afterlife, and that the dead will be raised and judged for their deeds, but ultimately it is a gamble as to whether or not they will continue on into Paradise.

Islam is the second largest and fastest growing religion on the planet.  There are roughly 1.62 billion Muslims in the world today, over 6 million of which are citizens of the United States.  It is the dominant religion throughout parts of Asia and Africa, and although most Arabs are Muslims, most Muslims today are not of Arabic decent.

(You can find a further guide to understanding Islam here.) 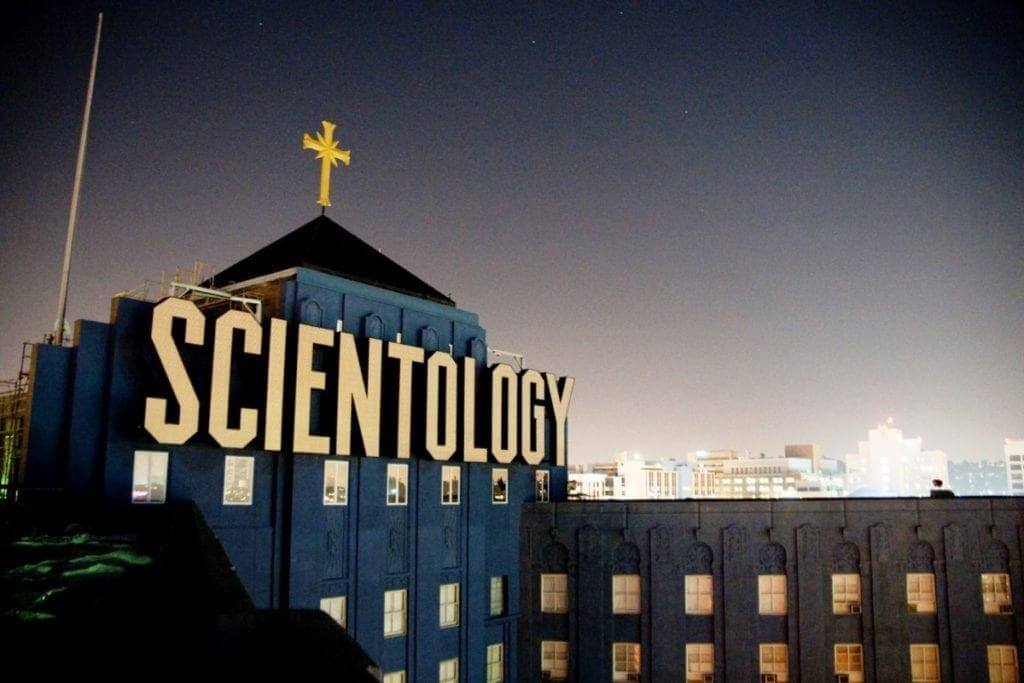 Scientology is a body of beliefs and related practices that was originally created by science-fiction writer L. Ron Hubbard.  It had its beginning  in 1952, when Hubbard officially characterized it as a religion, and the Church of Scientology was incorporated into the belief system a year later.  Scientologists claim that theirs is a religion which offers a precise path that will lead them to total understanding of their true spiritual nature, as well as their relationship with themselves, their families, all of mankind, the material universe, the spiritual universe, and the “Supreme Being“.

Scientology is essentially comprised of a series of “fundamental truths”, which ultimately creates a “body of knowledge” that explains life and the universe.  The three chief statutes of this belief system are that man is an immortal spiritual being, that his experience extends well beyond a single lifetime, and that his capabilities are unlimited, even if he has not yet fully realized them.  It is believed that man is inherently good, and that each individual’s spiritual salvation is completely reliant upon themselves, and on their achievement of “brotherhood” with the universe.

(To learn more about Scientology, you can visit the official website.) 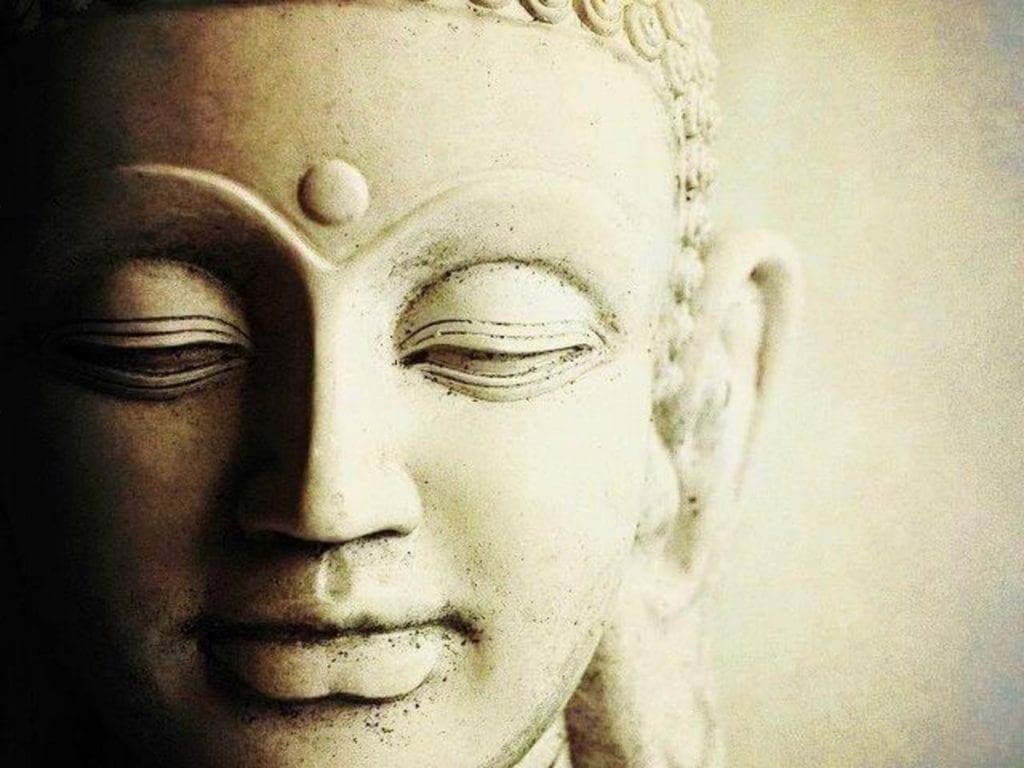 Buddhism is a word that was derived from the Nepali word BUDHI, which means “to awaken“.  Essentially, Buddhists strive to be awakened, or “enlightened“, to a way of life that leads to “true happiness”.  The Buddhist path can be summed up by three overarching goals for each individual’s life: to lead a moral life, to be mindful and aware of thoughts and actions, and to develop wisdom and understanding.  Buddhists live their lives by the principles found in their Four Noble Truths, The Eightfold Path, and the Five Precepts.  Each of their beliefs are founded on the idea that life includes suffering, that suffering is caused by craving and aversion, and that suffering can be overcome and happiness attained, only by walking The Eightfold Path.  The ultimate goal of every Buddhist is to achieve this complete happiness and rise above all suffering and every craving that our bodies endure.

Contrary to popular belief, Buddhists do not worship Buddha, nor any idols cast in his image.  They believe that Buddha was the first man to ever reach enlightenment, not that he was God himself.  Buddhist believers will often pay respects to images of Buddha, and will even bow to them as an expression of gratitude for his teachings, but they never come to these images in worship or to ask for favors.  It is widely accepted that individuals do not need to be “saved” or “converted” by Buddha to enter into their religion, but that Buddhism is a teaching that each person can discover and test for themselves.

(To gain a better understanding of Buddhism, you can use this guide.) 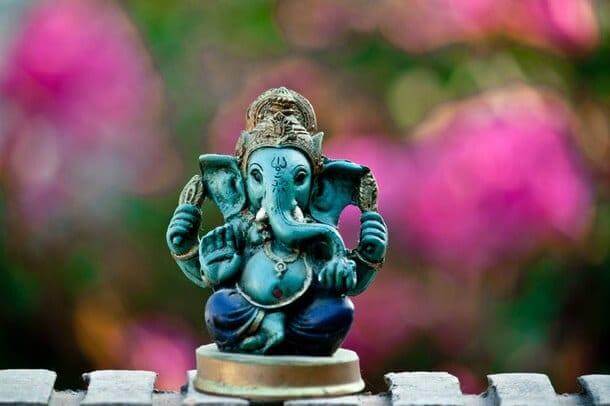 Hinduism is a polytheistic religion that originated in India thousands of years ago.  Though oftentimes viewed as very complex and confusing, the core belief system of Hinduism is relatively simple. Hindus believe that there is only one “Supreme Being” (Brahman), they pursue the knowledge of Truth and Reality, they strive for moral order and right action, and they promote tolerance.

Hinduism is not actually an organized religion with a set and systematic approach to teaching its values.  There is no set of rules, like the Ten Commandments, that they follow.  Each individual’s interpretation and practice of their religion is largely influenced by their specific region, caste, and community.  However, there is one common factor among all Hindu believers, which is found in their key beliefs.  The ideas that Truth is eternal, Brahman is all Truth and all Reality, the Vedas (their version of Scripture) are the ultimate authority, everyone should strive to achieve dharma (the principle of cosmic order), individual souls are immortal, and the goal of each soul is moksha (being released from the cycle of rebirth that comes with reincarnation) are, for the most part, beliefs that all Hindus share.

Rather than believing in the salvation of their souls, Hindus are of the mindset that the ultimate goal and achievement is to do enough good during a lifetime to outweigh the amount of bad they have done, thus allowing them to move forward to the “next stage” of the afterlife, where they will be reincarnated into a higher being than they were in their past life.  Eventually, after climbing to the top of the ladder of the afterlife, they will achieve “moksha” and become one with Brahman.

(For a more in-depth study of Hinduism, you can visit this source.) 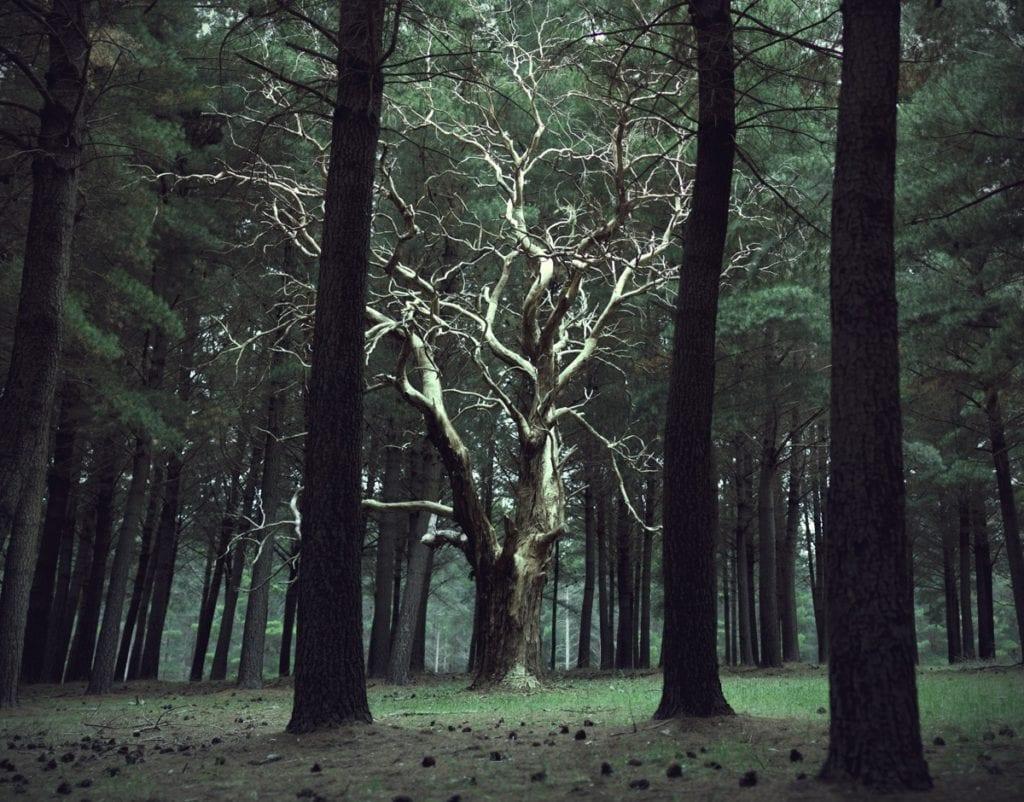 Animism is a fear-based religion that believes in the existence of spirits or spiritual forces behind every natural event. There are elements of Animism in many of our world’s religions, such as Hinduism, Buddhism, Greek mythology, and voodoo.  Animistic beliefs are a part of every culture, every people group, and every country around the world, in some form or fashion.  They can be seen in China, in the way that the Chinese people respect, honor, and even worship their ancestors.  They are prevalent all throughout Africa, manifesting themselves in the presence and roles of witches and shamans in the life of any given village.  They can be found in Japanese culture and traditions in the way that the forest, lake, caves, etc. are viewed as the dwelling place for powerful spirits.  They are even present in Europe, with traces of them being identifiable in fairytales, folklore, and the existence of mythical creatures, such as trolls and fairies.

The animistic worldview consists of both the physical and the spirit world.  The two are intimately connected, and any event that takes place in one directly affects the other.  Because of this, the world (or Mother Earth) is viewed as a living entity, and plays an indispensable role in our history and daily lives.  Oftentimes natural landmarks (such as hills, forests, lakes, caves, mountains, etc.) are considered to be sacred locations, and any animal that you might encounter could potentially be the embodiment of a spirit.  Things such as nature, plants, animals, and natural forces are all worshiped, because it is believed that each one carries a piece of the life force of the universe, or “mana“.

Animism believes in the existence of a “Supreme God“, an entity that is omniscient, omnipotent, and eternal.  It is believed that the Supreme God was once very close to all of humankind and every part of nature, but became angry with man and in turn, distanced himself from his creation.  He can no longer be known personally, and has left lesser gods and spirits to do his bidding on the earth.  Because of his absence, most of the worship in animistic belief goes to the spirits that are in direct contact with humankind, though the Supreme God still has ultimate power and authority on earth.  Second to him are the lesser gods, each of which abide in a specific region.  Next to the lesser gods are the various spirits who often live in nature and are bound to a particular area.  After the spirits, animists believe that the spirits of their ancestors continue to play a pivotal role in their lives and are responsible for their protection, as well as their punishment when they have gone astray.  One can never be quite sure whether they have done something, even unintentionally, to anger one of the gods or the spirits that rule over earth.  Therefore, individuals who live their lives under the influence of animistic beliefs walk in constant fear of a wrathful spirit wreaking horrific punishment on them in some way.

(To take a look at animism from a Biblical worldview, check out this article.) 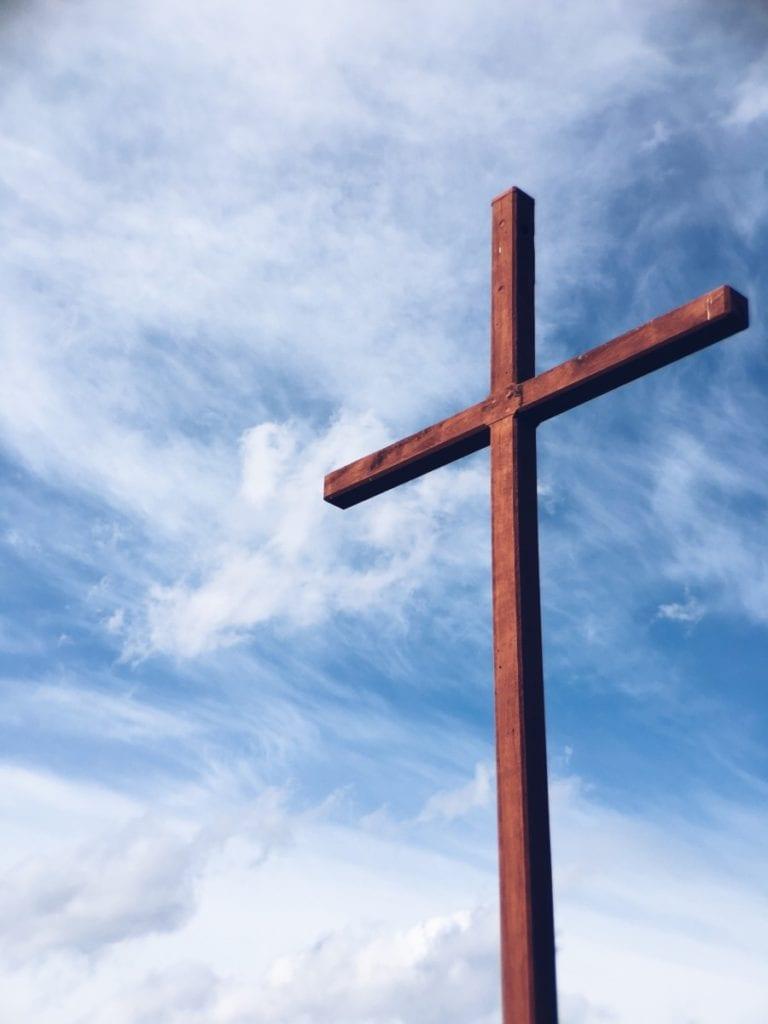 When we begin learning and about the religions of our world, and when we view their belief systems through a Biblical worldview, it becomes evident how each one carries elements of the faith, twisted as they may be.  Each one is searching for something that we know only God can satisfy.  Each one is desperately seeking for a purpose to this life, for the love of a Creator, for answers to the hard questions, for the secret to truth and happiness.  Each one, whether they know it or not, is crying out for the truth of who our God is, of His love for us, and of salvation through Jesus Christ.  We need to have an understanding of these religions, of what the root and driving force behind each one is, so that we can present to them the true Source of what they are longing for.