From Fearful to Fighter

According to Merriam-Webster dictionary, intercession means: “prayer, petition or entreaty in favor of another.” In short, it means praying on behalf of someone else.

Intercession is something I am passionate about because it’s tool that the Lord has used in my life in many different ways. Praying on behalf of someone else is an act of faith. It’s also opening your heart to receive part of the Lord’s heart. It’s us laying down our own desires and instead choosing selflessness. You see, I used to be bound by selfishness, self-pity, and bitterness. I would get so mad at people and let it fester inside of me until it turned into bitterness. But when the Lord gave me a passion for intercession I saw a change in my own heart. It began to soften, and even have a deep desire to see others come to know the Lord. This happened because as we take time to pray for others and let the Lord lead us in our prayers, He shares with us a part of His heart.

I used to be terrified of the Middle East and their people. I grew up bombarded with the word “terrorist” and thought that’s all that came from that part of the world. Then, I began to actually take time to pray for the world. Here at YWAM Louisville we set aside time during our week to pray for different parts of the world. It was one day in a group time of intercession when the Lord had put on my heart to pray for the muslim world, and let me tell you a secret–I didn’t want to. I didn’t want to pray for these people I had been told were out for blood, especially Christian blood. But I did it. I prayed for them and my heart has forever been changed since that day: God placed a deep love for them in me.

When we take the time to step out of the limelight and bring other people before the Lord, something inside of us is changed. It will break your heart to take away hatred, bitterness, anger, distrust and it will pave the way for the Lord to impart a small portion of His heart to you. You’ll begin to experience empathy, compassion, and mercy in new ways.

Intercession is also spiritual warfare. As a son or daughter of the Lord, you have authority to say no to evil and say yes to the Kingdom of God. Every time we partner with Him to do this, things change. Our prayers are powerful because our God is powerful.  Intercession is us, as Christians, taking a stand against evil. We can pray for ourselves and submit to the Lord and see evil flee (“Submit yourselves, then, to God. Resist the devil, and he will flee from you.” James 4:7), but we also have the authority to stand up for others and pray that the Lord would be revealed to them and that they too would resist the devil. Ephesians 6:12 says: “For our struggle is not against flesh and blood, but against the rulers, against the authorities, against the powers of this dark world and against the spiritual forces of evil in the heavenly realms.” Intercession is a perfect tool in helping fight, not against people but for people. To fight and see them be healed, to fight and see them come to know Jesus today.

I can bring the Kingdom to the earth by praying on behalf of someone.

Praying on behalf of others is a passion of mine because Jesus did and does it for me. Romans 8:34 says: “Who then is the one who condemns? No one. Christ Jesus who died—more than that, who was raised to life—is at the right hand of God and is also interceding for us.” Jesus is still interceding for us. The Son of God lived a life that, in every way, should shape our lives. He was holy, blameless, loving, and pure. Yet, He still loves me and you so much that He is still in the act of interceding on our behalf. Jesus stands in the gap for me and now I can do it for others.

Interceding for others not only changed my heart but it’s also changed my actions. I’ve seen it help shape my prayer life, becoming more active. We have the amazing privilege of being able to talk with our God whenever and wherever we are. So, whenever the Lord moves my heart towards a person, country, situation, etc… I try to stop and pray right there on the spot. (We all know, or have been, that person who says, “Oh yeah, I’ll pray for that!” And then…It never happens.) Instead of sitting in my own head and dwelling on my struggles or thinking about what I’m going to have for dinner two nights from now, I can bring the Kingdom to the earth by praying on behalf of someone.

If you want to get a part of the Lord’s heart I encourage you to begin praying for a person, a country, a people group, a government system or something! Begin praying on behalf of someone and the Lord will give you a part of His heart and you’ll move into deeper relationship with Him, I promise. 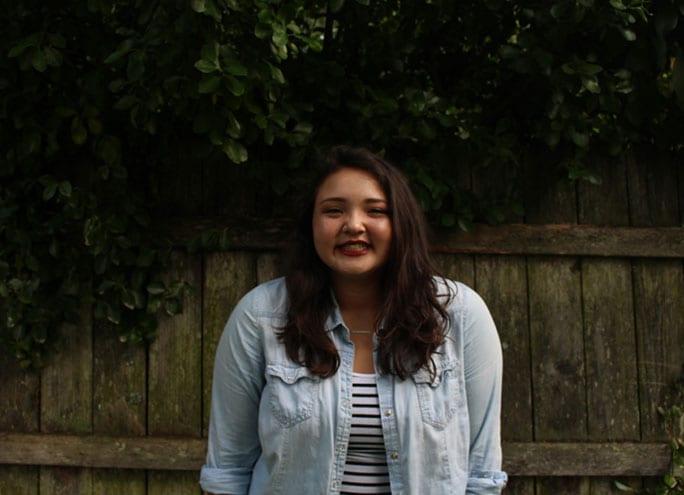 Our friend Anna is rarely seen without a smile on her face and a compliment on her lips. She’s also a deeply passionate person – passionate about Jesus and passionate about seeing injustices like sex trafficking abolished.  Anna combines her inquisitive nature with a sharp mind and a zeal for truth, and she’ll fight, hard, for those she loves