The Fear That Consumed

When I was a little girl, I had an unnatural fear of death.  Not the kind of fear that all young kids inevitably face – the fear of one day growing old and slowly fading away.

No, I was paranoid.

I had to wash my hands three times after touching anything that I hadn’t deemed “safe” for fear of somehow ingesting something poisonous into my system.

I was terrified of eating any kind of meat because there was always the possibility that it hadn’t been fully cooked, and I could fall gravely ill.

I constantly had bruises all along my chest and shoulder from where I would sit in bed at night checking to make sure that my heart was still beating normally and in a proper rhythm, because I was truly afraid that it would one day start beating too fast, or stop altogether.

This fear consumed my life.  It dictated my every move, it occupied all of my thoughts, and it kept me from ever having the freedom to to truly enjoy myself.  It was neurotic.  It was oppressive.  And it lasted for many years.

It was through this phobia as a young child that Fear was able to get his foot in the door of my life.  He sunk his nasty claws deep into my heart, and I had no idea how iron tight a grip he truly possesses.

Several years later, toward the beginning of my high school career, Fear began to manifest himself in my life in slightly different ways.

Throughout middle and high school, my family underwent some very difficult things.  My home life became tense, to say the least.  My parents lived in separate houses for a couple of years.  My mom was going to school during the day and working late into the night.  I became responsible for feeding, babysitting, and teaching my younger brothers.  I quickly stepped into the role of “The Rock” of the family.  I decided that I was going to be the strong one, no matter what happened or what I might be feeling.

Those years of my life were by far the hardest I have ever walked through.  I was lonely.  I was stressed out.  I was hurting.  I was angry. And ultimately, I was depressed.

I wasn’t just depressed, though.  I was suicidal.

At any given moment on any given day, I was thinking through ways to permanently set myself free of all the pain and heartache I was undergoing.  It was the constant, nagging thought in the back of my mind, playing on an endless loop no matter what I was doing or who was around.

It was ironic, seeing as I’d always been deathly afraid of death.  And if we’re being honest, the thought of dying still terrified me.

I started to fear that I was one day going to snap under pressure and end up doing something to myself that I didn’t actually want to do, before I had concretely decided on that course of action.

This fear began to overtake me, and it grew to irrational proportion.  After several months, I was living each day with the overwhelming, constant feeling of being petrified, though it wasn’t “of” anything specific.  It was simply that I felt afraid.  It got to the point where this terror would literally paralyze me.  I’d be in the middle of an everyday task and suddenly be unable to move, or I’d wake up in the middle of the night and not even be able to reach over to turn on my light.

Eventually, I started seeing him.

I could literally see Fear.  He walked around behind me like my monstrous shadow no matter where I went.  He towered over me, and kept his big, heavy hand on my shoulder at all times, directing me throughout my day.  At night, his presence was replaced by that of a demon who had taken up residence in the corner of my bedroom.  It flitted around the edges of my peripheral vision and seemed to exude despair.

I’m 20-years-old now, and standing in the middle of a worship night in Nicaragua, preparing for a time of ministry with a group of students I was helping to lead on their summer mission trip.

The terror I had lived with as a teenager had become nothing more than the word of my testimony that the Lord had empowered me to use to draw people closer to Him.  He’d set me free of it years ago, and I’d thought that because I’d found freedom, that was all I needed.  I had no idea that there were still wounds on my heart, so many years old, that had not yet been tended to.

Suddenly, the song No Longer Slaves began playing.  I’d sung this song hundreds of times before, but that night, the line, “I am no longer a slave to fear; I am a child of God,” really grabbed my attention.

I realized as I was singing that I really had been a slave to fear for most of my life.

Almost instinctively, I began giving thanks and praising God that I was no longer living my life in that bondage, that He had set me completely free.  Then the Lord began to show me something:

Even though I recognized Jesus as the One who had rescued me from my slavery to Fear, I still viewed that period of my life as a time when God hadn’t been around.  When I looked back on it, I thought of God as being absent until the moment when He’d finally decided to break down those prison doors for me.

The Lord challenged me right then and there to ask Him to show me where He’d been in those moments when all I could see was Fear; when I’d felt it was consuming my life and taking over my space.

So that’s exactly what I did. I  asked God to show Himself to me in those moments.

He brought me back to a night I’d spent awake and petrified, sitting on my bed, unable to sleep because I KNEW that there was something living in the corner of my bedroom.  I’d felt that night like God had abandoned me, because I knew that if He’d been there with me, the thing in my corner shouldn’t have been allowed to stay in my room.

As I stood there in worship, though, I saw all of these things from a totally new vantage point. I suddenly understood that the Lord really had been there all along.  I’d just focused my eyes so completely on the monster in my corner that I couldn’t see Him anymore.  From this perspective, I knew that the reason the beast had never moved was because Jesus had been there, keeping it confined to that corner.

“But that’s not good enough,” I heard the Lord whisper.  “I want you to ask Me to show you exactly where I was that night.  I want you to see exactly how I was defending you.  I’m not satisfied with you settling for a mere impression.”

You see, my God is a God of complete and total restoration. 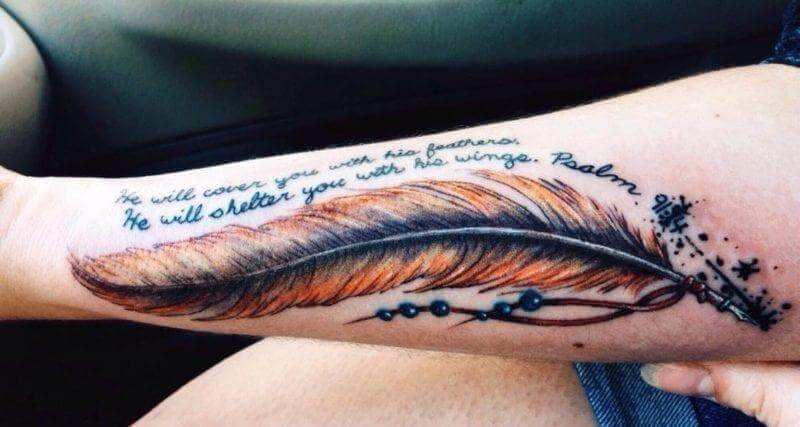 He wanted me to go even deeper.  So I asked Him to show me precisely where He had been that night.

I sat down in my chair, put my forehead in my hands, and opened my eyes.  When I did, the first thing I saw was the tattoo that runs the length of my forearm.  In it is a verse that had helped carry me through my battles with Fear.

Suddenly I saw a picture of Jesus sitting at the foot of my bed, one arm outstretched toward the creature in the corner, keeping it chained in place.  Behind Him were two huge, feathery wings that swept back, completely enveloping me in my bed.  And in that moment I heard Him speak,

“You’ve always been drawn to this verse not just for its pretty words, but because you’ve lived it.”

Not only had God never abandoned nor forsaken me into Fear’s clutches, He had been protecting me the whole time.  He defended me when I couldn’t defend myself.  He fought for me when I was so paralyzed by Fear that I couldn’t even turn on the light.  And as if that weren’t enough, He wasn’t satisfied with simply setting me free of my bondage.  No, He wanted to touch the tender, trembling places of my heart that I didn’t even realize needed healing.  He refused to let me go, refused to settle for anything less than total restoration and redemption.  Even if it meant it came years later, when I had finally come to a place where I could receive it.  “For God did not give us a spirit of fear, but of power and love and of a sound mind.” (2 Timothy 1:7)

His perfect love casts out all fear. 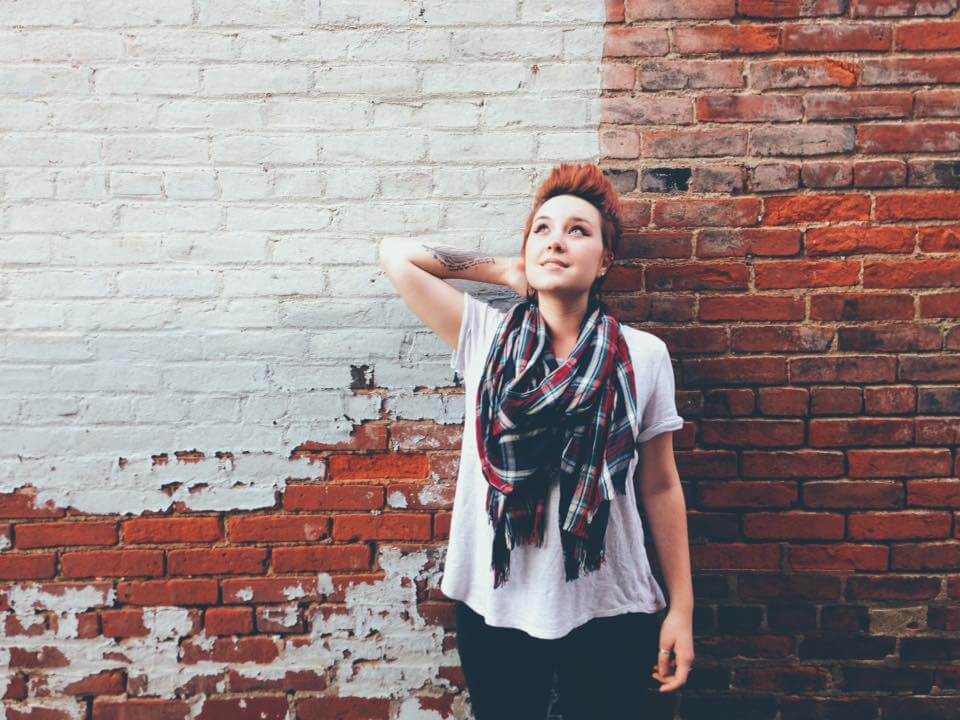 Rileigh lives a life that declares freedom and victory through Jesus. She is never afraid to speak hope into others or share her story. Rileigh is on staff with YWAM Louisville and we are thankful to have her as part of our family!