I Don’t Want To Change

My life was pretty simple and I was okay with it. I grew up in a Christian family that went to church every Sunday, attended Christian school and acted as if everything was “good.” Except it wasn’t real. When I was in grade school, we left the church I grew up in and TV church became the norm, even though I slept through that most of the time. At this point I didn’t see the value of church or even my faith, and my life reflected it.

I lived two lives. In one life, I did enough to get by and put on a good Christian mask and in the other I lived for myself and did whatever made me feel good. They both led to emptiness, but I didn’t want to change.

They both led to emptiness, but I didn’t want to change.

I went to a Christian high school and during one chapel service we had a guest speaker, Andy Landers, from an organization called Youth With A Mission (YWAM). I ended up falling asleep and still have no clue what he talked about other than a mission trip opportunity to go to some place I had never heard of. When it was over I left and forgot about it, but God was still pursuing me.

In Bible class about a month later, we watched a movie called Love Costs Everything. It tells the stories of persecuted Christians from around the world. As I watched, God began stirring something in my heart. A couple days later, we discussed this movie in class. I was about to chime in when God spoke to me so clearly, “Go to Nicaragua.” I had never heard the Lord speak to me, but I knew it was Him. I totally forgot what I wanted to say. All I knew is that I needed to go to Nicaragua and that God had a plan.

I had never heard the Lord speak to me, but I knew it was Him.

The mission trip I heard about in chapel a month before, which I forgot about, was going to Nicaragua that summer. Despite being past the application due date, I ended up getting an application. I needed a lot of money to go, but all of it came in when I needed it. God came through at every turn and before I knew it, I was on a plane to Nicaragua.

During my time in Nicaragua, I experienced the Lord every day. God moved through me in ministry constantly. Every teaching I listened to, He used to touch my heart. He had my attention, and He gave me purpose. My purpose was to live for Him.

This was only the beginning. That mission trip is where I first worked with YWAM. They had something that was so attractive to me and I wanted it. They were real and had a relationship with the Lord that was so obvious. I could see this in everything they did and I wanted to be filled with that same joy I saw in their eyes.

They had something that was so attractive to me and I wanted it.

Going into my senior year of high school, I lost sight of these things. I fell back into some of the same struggles and went back to living two lives. I felt even emptier than I did before. I knew I had God-given purpose and not taking steps towards that purpose was hurting me. I went back to Nicaragua after I graduated with the intention of attending a Discipleship Training School (DTS) with YWAM after that.

I was still a mess when I came to DTS, but my heart was ready for change. I learned so much truth and was able to apply it to my life. The most important thing I gained from my DTS, was the real relationship I had with Jesus. That relationship filtered into every part of my life. No longer did I have to live two lives because I wasn’t trying to please myself or others anymore. I was now living to please the Lord.

I was still a mess when I came to DTS, but my heart was ready for change.

My life is no longer simple, it is simply God’s. I no longer have an excuse to live any other way. He is the only way and the only One I was created for. After joining YWAM, my family started going back to church. I also found that they were not only going to church, but actually being part of the church and serving with them. He’s provided for me to go and to be able to share the gospel on every mission trip I’ve been on. God has proved Himself to me time and time again. He will prove Himself to you, too. Why not let Him? 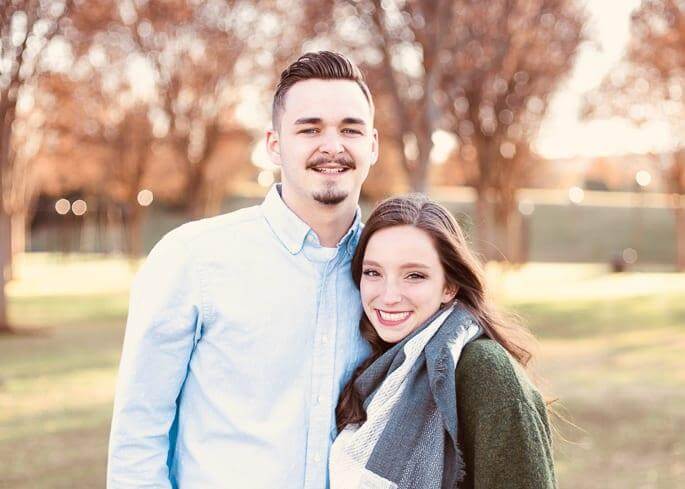 Neil is passionate about telling others about the Gospel, he boldly speaks out the things the Lord puts on his heart and is never afraid to share his story. He is also on staff with YWAM Louisville.