A Legacy of Passion

“There was once a woman who was pursued by two men. Both claimed to love her, both declared their undying passion. One day while they both were visiting, contending to win her over, the door of the house burst open. In came a man holding a gun. Speaking to the woman, he began demanding she pay for the crimes she had committed against his family. The consequences were at hand. She knew the end was drawing near. Quietly, one of the men stands and places himself in between the pointed gun and the woman. Looking at her, he tells the intruder that he will take her place. He would pay her debt. And he did.”
Which man was actually passionate about the woman in the story?
The one who acted upon his words.

So often we think about our passions being something that make us feel good, something we enjoy doing. While that is true, there is a deeper significance to the word passion. The English word is derived from the Latin word passio, which means “to suffer.” The greatest example of passion is when Jesus gave His life for us on the cross. His love led Him to His death. Despite knowing this, He said yes.

So instead of thinking about what you enjoy doing, what are you willing to suffer for?

If you are reading this, you are alive. (Obviously!) The end is coming though. Each day bring us closer to this reality. Life though, is not a meaningless ramble through random highs and lows, a struggle to stay afloat for some or a fight for a moment of being the best for others. Each day is not merely another day closer to the grave or another fight for survival. God placed you on this earth for a purpose! You are to live as His child, declaring His victory and bringing His kingdom or hope and faith every minute of every day.

There is a specific way the Lord wants you to live this out. I know He has asked me to bring His kingdom by working with orphans in East Asia because He has given me a gifting and a passion for children to know they are loved. Maybe He has a given you the gift of administration and has asked you to start a company. Or the gift of singing for you to use professionally. The list is endless because we are following the author of creativity. Whatever He has given you, use it. Whatever and wherever He has called you to, act on this and go!

When others look at your life, what passions do they see? When you get to the end of your life, what will you see that it was for? Selfish satisfaction or passionate sacrifice? Will your life mean anything? Have you ever seen someone referred to by others as “on fire?” What an expression! There is so much more depth behind it than I ever realized.

Fire consumes whatever it touches; it cannot be contained. Such it is with a passionate person. They are consumed with the source of their passion and must act upon it.

How I long to be know as a person of passion for the things of the Lord! To get to the end of my life and realize my life made an impact; to know that I was faithful to pursue and steward the passions God had given me and pleased Him with my life – that joy would surpass any and all pain along the way!

Live A Life of Passion

Yes, living a life of passion will be difficult at times; you will have to suffer. I know this, because I have seen it in the lives of so many people throughout history that pursued their passions, but also because I am trying to live in that same lifestyle. Have you ever heard stories of people who sought after buried treasure? In many, they must overcome countless obstacles and endure suffering all for the chance of finding the treasure. Shipwrecks, severe weather, ambushes, so list of unfortunate events can go on and on in such stories. And the might never find the treasure! Despite this, they press on anyway. They are consumed by their passion for treasure. Recently, the Lord asked me, “Do you seek after me the way people seek after buried treasure? Am I your buried treasure?” If people have given their lives on the slim chance they might find the treasure, how can I not dedicate my life for the passion of the Lord. Because He is the greatest treasure, a treasure that was given to me! My desire is to live, believe that Jesus is the treasure I seek. I want to leave behind a legacy of passion for my Savior

Think of Jesus: His death, His passionate sacrifice, led to life for all. God wants to use the passions He has placed within your heart to impact the world, but it is up to you. Are you going to let Him? You can chose to leave behind a legacy of passion for Christ, or one of purposeless ambition. All of us will choose to live for and suffer for something. The choice is yours today. 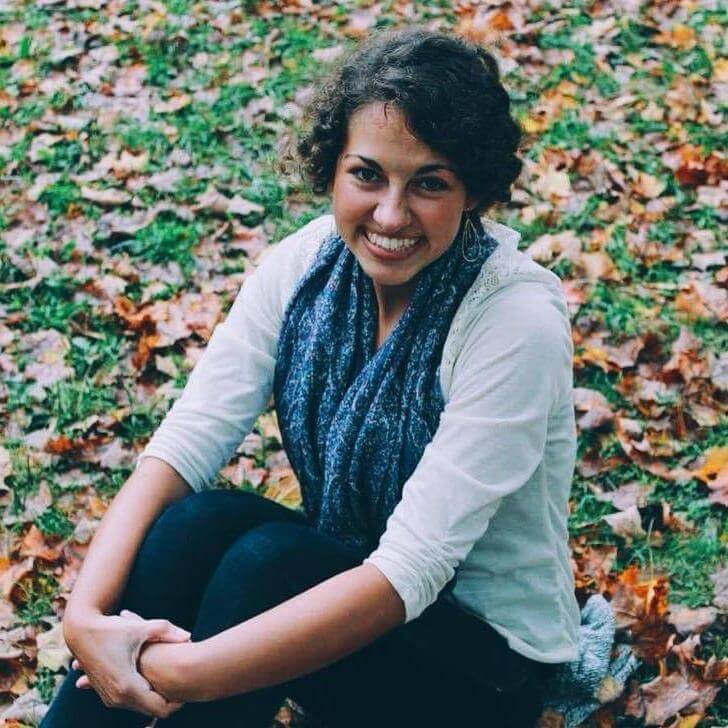 April is sweetness personified. It seems like she’s never without a smile, a hug, and a listening ear. She’s also always up for an adventure! April comes from the Lancaster, PA area and is known for her fierce love for her family and friends. If you want to hear about God’s faithfulness, ask her about how God has healed her and set her free to serve him. It’s a powerful story – so it’s no wonder she’s so passionate to see him do the same in the lives of others. April has an easy enthusiasm, a generous nature, and startling dedication to potatoes – seriously, it might be the only food she ever buys.

Posted in Passions, The Nations, Uncategorized