In a World that expects success and scorns the idle, planning remains key. Life seems too short to let your dreams and aspirations be left to chance or faith. Right? Why not just plan it all out so that you know those things will come to pass? That leaves little doubt as to why you are in the situation you are in and leaves you with the hope that it will get better.

That’s what I believed anyways. By the tenth grade, I had already began organizing out my life as to what I would do and what I wanted to accomplish with my life. As crazy as it may sound, by 16 I had started mapping my life out to retirement. I knew what I wanted, what I was good at, and how I could use my talents to get what I wanted.

What I really wanted in life was stability and comfortability. I wanted a steady and fulfilling job that paid well, with a family at home. Pursuing the idealized “American Dream” was a focal point and I didn’t see anything wrong with it. It was the desire of my heart and I believed that I could plan my life out to make it succeed.

God was a part of this plan as well, but he was not the focus of my plans.

In my mind I would clean up my life for God, get rooted into my church and give generously to missions—once I reached where I wanted to be. I would end up doing a mission’s trip—eventually, but it would have to wait.

So I did. I got a degree in Geological Engineering. I am not super passionate about rocks and math, but it interested me and it brought  me closer to achieving the plans I had for my life. I got a job with a company, although I knew  it would be demanding for all my time and cause extreme stress. I took it with agenda of taking me closer to the goals I set for myself. My plans drove my life and deviating from those plans would ruin everything.

But my plans were not God’s plans. God was building His Kingdom on earth while I was busily trying to build my own little Kingdom. I soon realized that anything built aside from God is going to crumble, and my plans particularly began to fall apart.

After a decade of pursuing my plans, I was left emotionally broken, physically overworked, and spiritually dead. In the pursuit of my own plans I had ended up in Saudi Arabia, working 16 hours a day, 7 days a week, for a thankless company. I had no friends and little contact with family. The path that my plans were taking me on was not clear at the beginning, the more I walked down this path, the more it became clear that what was set before me was death.

When you direct your own life and chose your own path without God, your life is being built on sand.

Troubles and hardship will come in any life and the foundations of your life will be constantly put to the test. A life built on God and his plan will survive the hardships as it is built on solid rock, but a life built on the sand will crack and require constant repair and maintenance.

Why spend your life constantly sacrificing and laboring to keep your life together, when you can lay it all down and work on something that is permanent and far more rewarding?

Place your trust in God and let Him direct your life. His plans are far greater and far better than your own. Your own logic and wisdom will fail you, but God’s will not. He gave up His only son’s life because of His love for you. His plans and promises for and to you are not just empty words. There was a cost for God for us to be able to build our lives on Him. Jesus’ death freed us from having to plan and having to control every aspect of our lives. He gave us the freedom to just listen and obey. Rest in His freedom and surrender your plans. 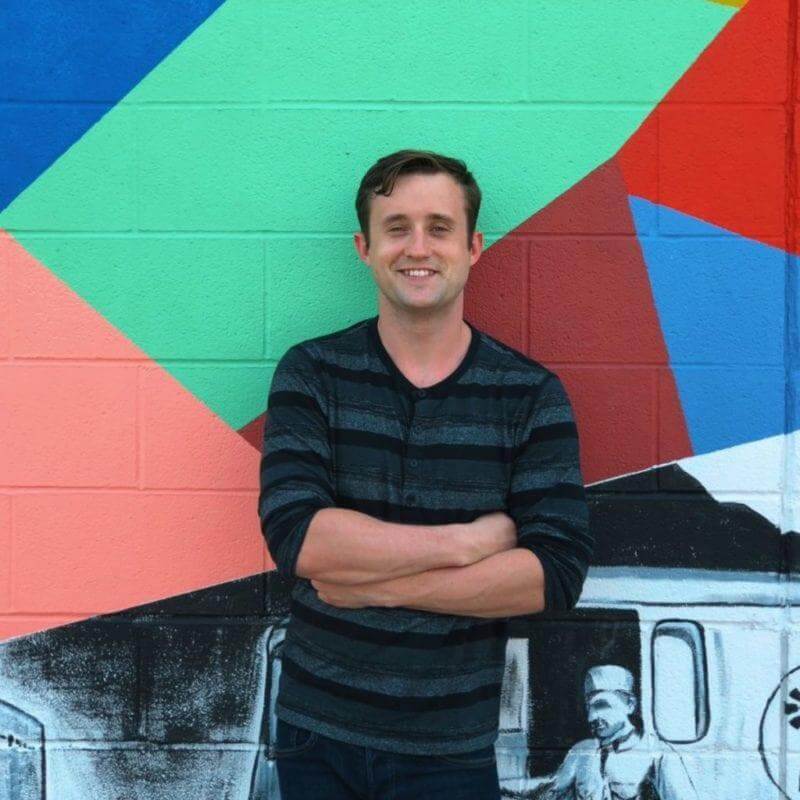 Richie’s really a citizen of the world, not just a Canuck; he’s lived in eight different countries and knows a thing or two about traveling the world. That makes him a great fit in our staff family, but of course that’s not the only reason we admire. It doesn’t take long to see that Richie has a heart to serve those around him. Whether it’s in his generosity, his willingness to drop everything to give focus and attention to a friend, or his passion for figuring out ways to provide clean water for those who don’t have it, he’s distinguished by his heart to value others above himself. Richie is also a hard worker with a knack for organization – so if you ever need a schedule made or a problem solved, you know who to call.