I went to Fiji for one month this past spring for the outreach phase of my Bible School for the Nations (BSN) and it was different from any place I’d gone before. Fiji is a Christian nation, and it showed. Everywhere I went, I felt safe. I could see the way that people valued their families as well as others. Anytime we passed someone on the street we would exchange the local greeting, “Bula!”. Most people in Fiji speak fluent english, so communication was never an issue and I normally felt comfortable talking with anyone we came across.

Since Fiji is mostly Christian, most people dress conservatively. For women, that means wearing what they call a “chamba”. A chamba is basically a dress with a skirt that goes down to your feet and is normally brightly colored with an islandish design.

For men, this means wearing a “bula” shirt and a pocket “sulu”, both things I’d never heard of before going to Fiji. The bula shirt is what many of us think of as a Hawaiian shirt. They are short sleeved dress shirts that, again, were brightly colored with elaborate designs. The sulu, on the other hand, is basically a large piece of cloth that you wrap around yourself, much like a towel, to make a skirt that goes to about mid-calf. Yes, this is for men. The pocket sulus that we wore for church and seminars were heavier than casual sulus and were normally black or a dark blue. 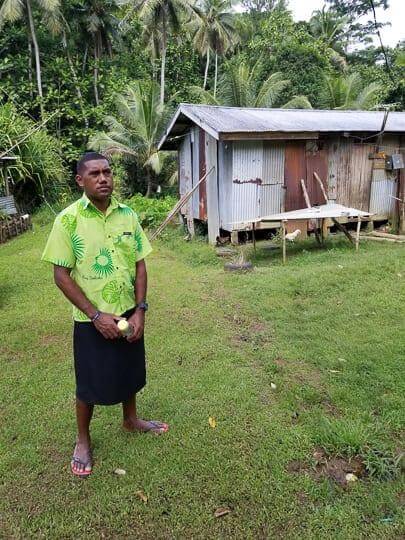 **Extra Tip: For both men and women, it would be highly dishonoring to wear a hat in front of the village chief, so we would simply avoid wearing hats while in the village

Within the city of Suva locals dressed much more casually. Many people walk around in shorts and t-shirts, much like we do here in the states. Others (both men and women) would wear casual sulus, which are similar to the pocket sulus, but much lighter material, don’t have pockets and, again, are very colorfully designed. Older men and women tend to dress a little more conservatively, even in the city.

Many people would walk around barefoot, and those that didn’t would be in flip-flops or sandals. Whenever entering a home we would always remove our shoes, because it’s very offensive to wear them in the house. Hats were much more acceptable outside the villages, and also very useful to help against the weather. Being an island nation, Fiji is often very hot, very humid, and very rainy. We had rain at least every other day, so it was helpful to have flip flops that we didn’t mind getting muddy.

Last But Not Least

Overall I’d say that most American clothing is similar in Fijian cities. However, things to keep in mind are to avoid wearing clothing that’s tight, but at the same time trying to avoid clothing that’s way too baggy and loose. Clothing meant for the beach is fine at the beach, but should probably be avoided for walking through villages, or even cities. It’s good to be mindful of where you’re staying too. If locals in the place you stay dress more conservative, then it might be wise to cover up more.