Outreach Stories: “I Asked Him if He Knew God”

The best thing that happened during my outreach is that I got to lead someone to the Lord!

I was walking by myself at the university when I saw this guy sitting by himself on the bench. I walked up to him and got to know him. He asked, “What are you doing here in [my country]?” I responded, “We are touring around, helping with English club, and sharing about God.”

I asked him if he knew God. He said, “Yes, I have heard stories that He created the world.” I asked him if he truly believed that. He said, “I’m not sure.” Then, I went on saying, “Yes, He created the world, He made Adam and Eve and everything in it.” I explained to him the story of sin and our separation from God, all the way to where we talked about Jesus and what He did for us on the cross.

In that moment, he was touched and asked me, “Why did he have to die on the cross?”

In that moment, he was touched and asked me, “Why did he have to die on the cross?”  I told him the real reason why He died for us.  I told him that God loves him and that he has amazing plans for him. After sharing that story with him, there was an amazement in his eyes. I told him many more miracle stories and every time I told one, he would say, “Tell me more!”

Through those miracle stories and my testimony, I led him through a prayer and he ended up accepting JESUS into his heart! It’s really awesome how these people are really thirsty to know about Jesus! 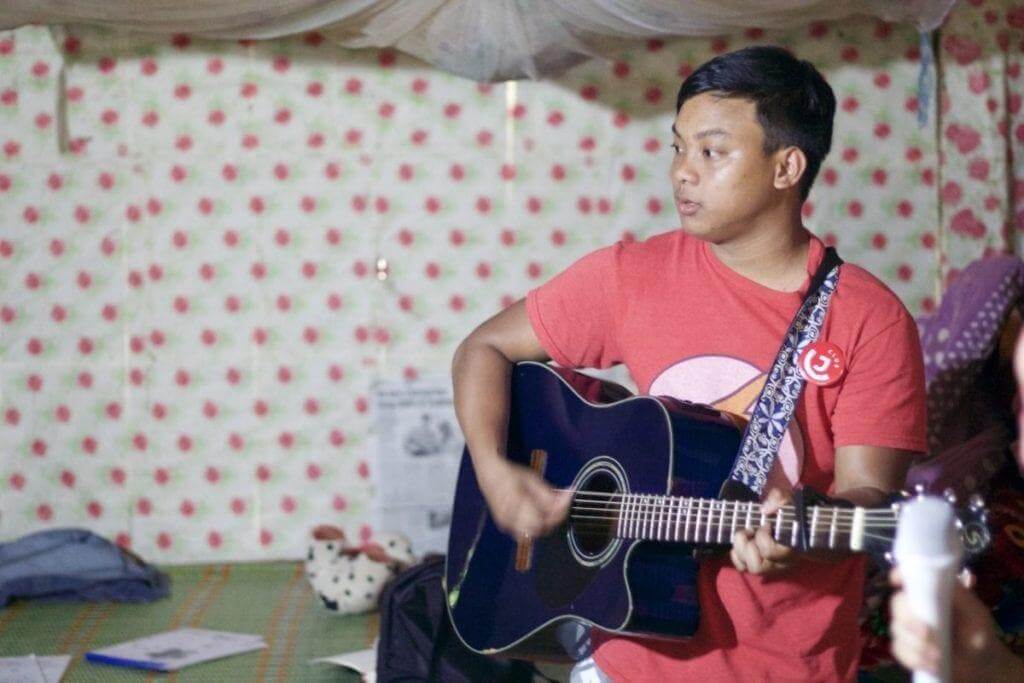 Sonny went to Southeast Asia at the beginning of 2019. He is marked with joy and a passion for loving people. He is also passionate about worship and seeing God get the glory He is worthy of! Sonny has experienced hard things, yet it’s clear the Lord’s grace has met him.