I’ve always been a shy person so for many it comes as a surprise that I love drama, both acting and writing plays. I’ve always been known as quiet but when given an avenue of creativity like acting, I come alive. I knew it was a passion, but it always seemed like it would end after high school. I wasn’t trying to get to Broadway or Hollywood so what business did I have continuing with that passion after graduating? Nevertheless, I soaked up my time in high school drama.

I’ve always been known as quiet but when given an avenue of creativity like acting, I come alive.

I was one of the “drama kids”. I even found identity in that. When opportunities came up for me to act in plays or scenes that I didn’t actually agree with the message of, I was willing to bend my standards. I was willing to be conflicted with my faith because I loved acting. Now, I will be clear, it wasn’t always like that. It is possible to act in a play that isn’t directly about Jesus and still glorify Him, but I was taking part in rolls that in my heart, if I had really asked the Lord about it, I wouldn’t have played them.

Despite the occasional play or character that I felt conflicted about in my faith with, I did drama all throughout high school. I remember getting to the end of high school and journaling one day telling myself, “Never stop doing drama, it brings you so much joy!” I did this as a reminder in case I ever would forget. But, high school came to an end and I really didn’t see much opportunity to continue in that passion. I also wasn’t sure how I could really use it to glorify God… so I stopped. I occasionally thought about auditioning at my college or finding a local theater but never acted on it. I decided that this wasn’t really something God could use.

I decided that this wasn’t really something God could use.

But, God thought differently. A few years after high school, I went with my church on a mission trip to Nicaragua. I’d signed up for children’s ministry. There was a drama team, but me being my shy self, decided to stay away from it thinking maybe I’d do it next time… this time I’d just watch.

Even in my timidity, the Lord was working something in my heart. I got to watch my teammates perform dramas and not only did I watch them perform, but the dramas affected my heart. These dramas were speaking a message that I needed to hear, that we all need to hear, that the deepest needs of our soul can be met in Jesus, and that He has made a way for us to be free.

I came back from this trip wondering why we don’t see many dramas like that here in America and a new seed of passion was planted in my heart. The Lord grew it and grew it, proving me wrong. Proving to me that the passions He places in us are meant to glorify Him and bring His children home.

…the passions He places in us are meant to glorify Him and bring His children home.

Not long after this, my husband and I felt the Lord calling us into missions and we came for a Discipleship Training School (DTS) here at YWAM Louisville. One of the first times I had the opportunity to participate in drama here, I was given the main role in one of the dramas we would do on outreach. Immediately I could feel the pride welling up in my heart. Throughout DTS, I had learned to hate pride, so immediately my first thought was that I needed to ask for someone else to take the main role. I knew there were other people who would do a great job with it and I knew I was tempted to pride. But God stopped me… He said, “No, don’t give this away. I am working on your pride.” Each time I found pride popping up in my heart, I would ask God, “Ok God, can I ask someone else to take this now?” And again, he would answer, “No, I am working on your pride.” Our time of preparing the drama came and went and soon we were in India where God continually told me, “No, you can’t give this away. I am working on your pride.”

Then, I was put in charge of organizing our afternoon drama program, and I asked God, “Ok God, now I’m in charge and I can ask someone to do this part instead of me…” and He gave me the ok. So I went to a girl on my team who also knew the part and asked if she would play the part in that afternoon’s drama. To my surprise, she didn’t immediately accept. She said she would pray about it. Later that day, after we ate lunch, I asked her if she had prayed. She said, “Yes, and I am not supposed to do it. God said he is working on your pride.”

As I had surrendered the opportunity to do this role, the Lord did work on my pride AND He gave it back to me. Because the passions God places in us, the things we love to do, are things He wants to use.

…the passions God places in us, the things we love to do, are things He wants to use.

Then, on the ride home from one of our programs, I was listening to one of my favorite songs and suddenly my imagination took off. I was hearing the song and seeing the story of the gospel play out as I listened. I quickly pulled out my phone to write down the ideas coming to my mind. It was just a frame work, but I was excited about seeing how it could play out. As we continued on in our training schools here, me and a friend of mine were put in charge of choosing dramas to use for outreach and we decided to make our own. So, I pulled out my framework I’d quickly jotted down in India and we got to work on making it come to life.

The end product was a drama that simply presented the Gospel. God’s story, from creation to redemption. The thing I love about dramas is that those watching can sit and let the Lord move in their hearts. The people on the stage act it out but the Lord moves in the heart of the people watching. Over and over, I hear stories of people watching this drama that the Lord moved me and my friend to use our creative passion to make, and people are being moved by the Lord to give their lives to Him! This is not something I am trying to boast in, but rather, I’m trying to make the point that the Lord can and will use the passions He has placed on your heart to bring people to Himself.

…the Lord can and will use the passions He has placed on your heart to bring people to Himself.

Do you have a passion for basketball? God gave you your ability to move, jump, throw… what makes you think He wouldn’t be able to use it to bring glory to His name?

Do you have a passion for cooking? God gave you the taste to choose what goes together just right… What makes you think He wouldn’t want to use your talent for His name?

Do you sing? Know that the One who gave you a voice wants you to use it to bring others to Himself.

So, my charge to you is this: the Lord has placed passions in you for a reason. Get out there and use it for His glory!

Check out how you can use your passions in missions here 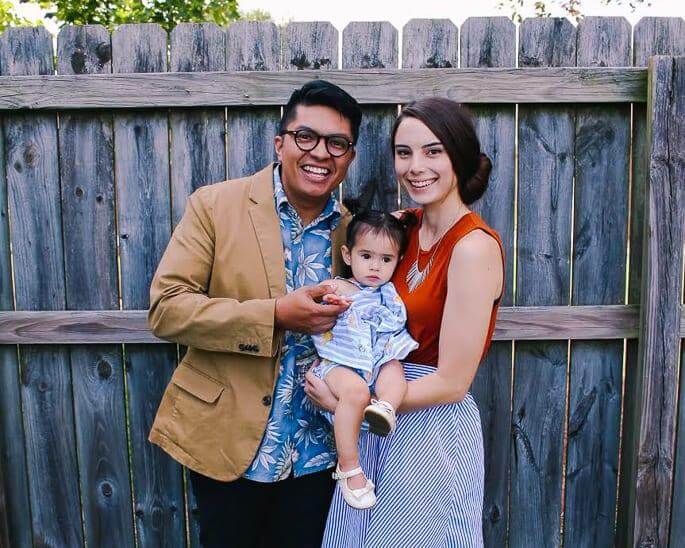 Marissa brings her heart for the lost, broken, and hurt combined with her heart for truth, compassion and love to our community. We love the way she allows the Lord to humble her heart and use the gifts of creativity He has given her to advance the Kingdom and make YWAM Louisville feel a little more like home! She’s also the best mom to her adorable daughter and Jose, her husband, would say she’s just simply the best ever.